Shadow and Bone: A Review

Superman & Lois Episode 3: The Perks of Not Being a Wallflower

Why We Love Avatar: The Last Airbender

Colton Underwood, The Former Bachelor, Comes Out as Gay

Fans are finally back at The Garden

We Interviewed a Godzilla Superfan

Meet Jon, He has a Godzilla Tattoo

With Godzilla vs Kong, we wanted to change it up, and skip the review for something a little more personal. Meet Jon Szmak, one of the biggest Godzilla fans I’ve ever had the pleasure of meeting. He showed me his sick Godzilla collection and an insane Godzilla tattoo. Yeah, he’s the real deal. We talk about Godzilla vs Kong, his favorite movies, and his feelings about the 67-year-old franchise. Check it out below:

So Jon, what made you love the Godzilla franchise?

As a kid, watching on the SciFi channel, when I was 4, 5 years old, I would watch them. I really liked dinosaurs. [To me] Godzilla was a giant dinosaur at the time.

What’s your favorite Godzilla movie? Or what’s the closest to it?

Or…Give me your top three.

Shin Godzilla, definitely number one. They make Godzilla look evil and they make fun of the government, and it can be said about any government. The new interpretation of Godzilla was great. Godzilla has gone through an evolution over the last 65 years. He’s gone through a lot of changes, and Shin was a new, interesting, and cool concept.

They wanted to make a sequel, where he would keep evolving, like a fungus type of thing, and his spores overtake the world and then the whole universe becoming a new omnipresent god. It would never happen but it would be a cool anime.

[Number two would be] Godzilla [Mothra, and King Ghidorah] Giant Monsters All-Out Attack. [And then] Tie between Godzilla vs. Destoroyah and Godzilla vs. SpaceGodzilla for number three.

I thought fans hated him.

They hate the original Minilla. He was very ugly and no one liked him. First introduced in Son Of Godzilla.

I liked most of the movie. There has only been one trilogy of [Godzilla] movies I didn’t like. I’m open to new concepts, and anything Godzilla. I enjoy the more content, in different styles.

I never liked the Netflix trilogy [Godzilla: Planet of The Monsters]. It was too anime, with the CGI, and wasn’t hand-drawn, with a weak story plot and take. The whole focus is on the human characters. 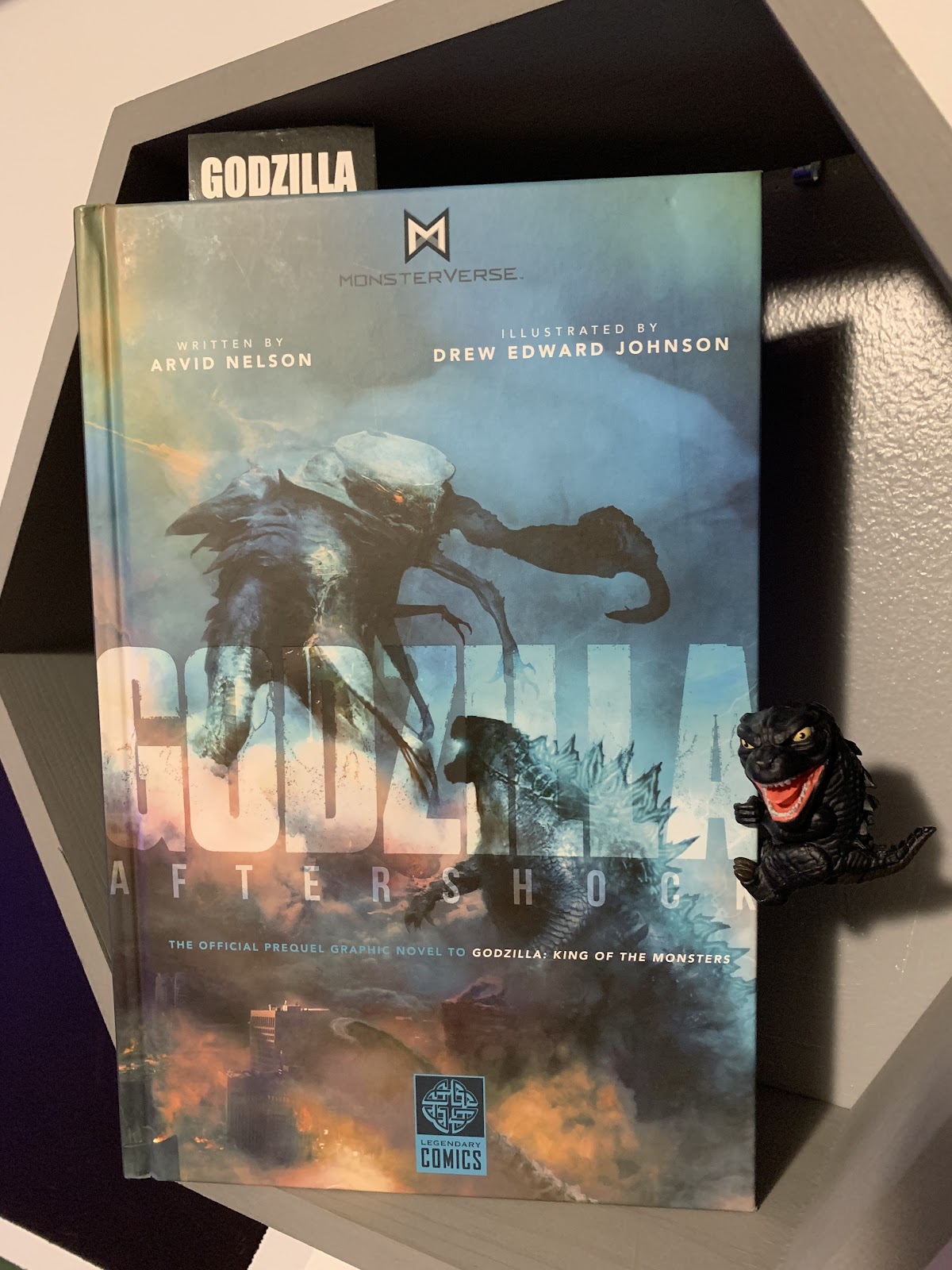 Do you think that the human element in these films help or takes away from the franchise? Have they ever had good human characters involved in the franchise?

Depends on the movie. Perfect example, Shin Godzilla. The Human element is essential and a major part of the film. There are a few characters who may not fit, and the movie mainly focuses on the human story and stopping Shin. The way they went about it with their characters, made it very believable. Even the prime minister acted very realistically. It wasn’t generic or a stereotype. He was a sensible leader. It let you understand the characters and where they came from.

A bad example is Godzilla: King of The Monsters, of the new modern trilogy. That was really bad. They took a cool path with Godzilla himself, giving him an ancient storyline, making him some sort of realistic creature. All the human characters are terrible, not redeemable.

The first one had a human element [used] to represent the size, and they give you a sense of hopelessness and a sense of scale.

Because this was the biggest Godzilla yet.

Each movie had different directors, which makes the movies different in quality.

With the third [Godzilla vs. Kong] movie, they really made Godzilla look like an evil element. And the human element is really lacking,[Millie Bobby Brown] and [Bryan Tyree Henry] characters really didn’t do anything. They were walking through an entire secret weapons facility without getting caught, but we are focused on the giant monster fighting. You want to make the human plot believable. You have to suspend belief as little as possible because they have to use it for the giant monster fighting.

The only good character is the little girl, who is friends with Kong, and she doesn’t even speak. She shows the most humanity in regards to Kong and caring about him.

The main male protagonist is unrelatable, and even his sacrifice scene has no impact. He isn’t relatable. There’s no way to connect to anyone.

Not enough Godzilla. It felt more like a sequel to Kong, and Godzilla was more of a side character. Godzilla was just used as a filler, when they could when they needed to add some time and breaks between Kong’s story. Everything else was great, their fights were great, Just needed more Godzilla, just a little more. It focused a lot on Kong.

With so many potential rivals for the next movie to have, who would you think would be the next monster to take on the king?

When you think about it, especially when it comes to legendary and their investment, cause they use way more effects compared to CGI in Shin.

The biggest character would be Destoroyah, and they set that up when they used the oxygen movie in KOTM. His origin comes from the fallout of using that weapon, awakening these crustacean beasts. He has three forms we see but his evolution with these effects would be great to see.

Finally, what would you expect from the next film or would like to see?

I really liked the first Godzilla with Gareth Edwards. I’d love to see him come back and be the director.

The main complaint was not enough Godzilla.

Yeah, and the second one was directed by Michael Dougherty was more about the big monster battle. I got what he [Michael Dougherty] wanted but the first one had more cinematic scenes, and better shots, just giving us more of Godzilla but with that tension and build-up. It was an overwhelming feeling of: ‘Wow. Size. Bigger than humans.’

The second one always had people involved within the shots, and it didn’t help with giving us that sense of scale, and difference.