The Conjuring: The Devil Made Me Do It Review

Our Favorite Characters from Shadow and Bone, Ranked

Pose Walks the Tightrope Between Reality and Escapism

Tom Ellis is still a handsome devil, but the show is starting to slip.

Last year in the middle of the pandemic, when the first half of Lucifer’s fifth season dropped on Netflix, it was a breath of fresh air. It introduced Tom Ellis in a double role: in addition to playing the Devil, he also portrayed his evil twin (the archangel Michael) impersonating Lucifer, and pulled it off with customary elan. Also, the slow-burn romance between the Devil and the detective Chloe Decker (Lauren German) made significant progress, much to the delight of fans, and the cliff-hanger ending featuring God raised high expectations for the latter half of the show.

But the second half of the season, released last month, is nowhere as brilliant. It isn’t bad by any means, Tom Ellis is still doing his job pretty well, but the writing feels mediocre and lackluster in comparison to its past episodes, particularly on two fronts. Lucifer’s character growth seems to have regressed from self-awareness to entitlement, and detective Dan Espinoza (Kevin Alejandro) appears to have drawn the shortest end of the stick.

The plot picks up exactly where it left off: the omnipotent and omniscient God (Dennis Haysbert)  finally comes down to Earth to visit his dysfunctional family. Heated arguments, uncomfortable family dinners, and awkward therapy sessions ensue, some of it serious and some of it hilarious – allowing Lucifer to address some deep-seated Daddy issues. But God’s character is underwhelming and perhaps deliberately so: he’s old, lonely, and exhausted from a lifetime of upholding celestial order; he wishes to retire. Evil Michael tries to bend the other angels to elect him as the new God, and Lucifer in a bid to stop him and also prove himself worthy to Chloe decides he should be God instead. 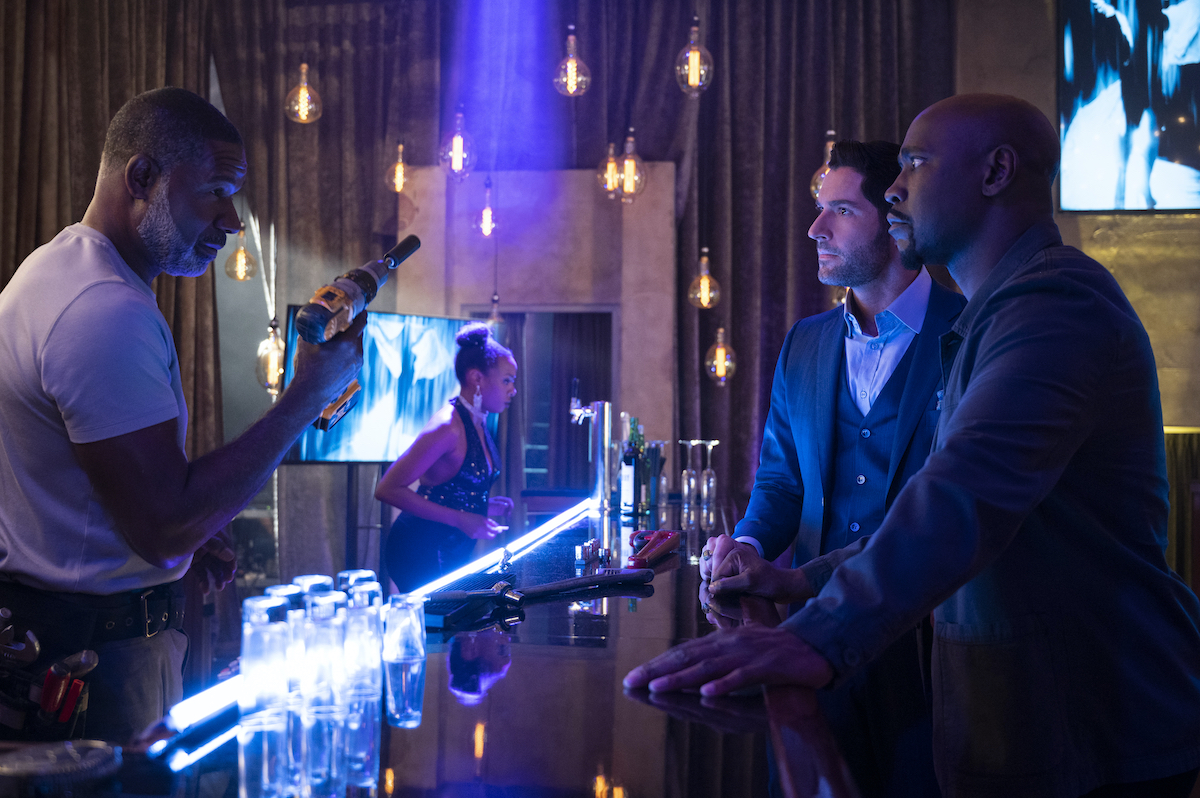 But several of these interesting developments come at the cost of the supporting characters. Eve returns from her journey of self-discovery and kindles her romance with Maze, but it feels forced and rushed, while the detective’s daughter Trixie (Scarlett Estevez) and fellow forensic scientist Ella Lopez (Aimee Garcia) are side-lined for the most part. But Dan, who hasn’t quite recovered from the death of Charlotte Richards, now learns he slept with God’s wife. He also has an entire episode where Lucifer pulls off a very elaborate prank, which involves Dan messing up several times and watching the people he cares about seemingly die in front of him. If that isn’t traumatic enough, what happens to him at the show’s end (spoilers) is even more unfair and sad.

Ever since Fox canceled Lucifer after the third season, and Netflix picked it up after seeing the fan support on Twitter, the show dramatically improved in quality, while staying true to the main characters. But the latest season feels like a backward step. While it is still goofy and wacky like its initial run, it has all the qualities of an unpolished first draft. Chloe’s choice to leave her job to support Lucifer feels out-of-character, and the final angels-vs-demons showdown could’ve done with more flamboyance.

But even though the ingredients are rather half-baked, there are still some good bits. The musical episode is a pure delight, Linda’s meeting with her daughter is heartfelt and provides some much-needed closure and every scene with Ella and God is wholesome and tender. Yet overall, it could’ve been better. With several questions still left unanswered, it sets the stakes even higher for the sixth and final season.

Long-time fans are sure to enjoy these eight episodes, but perhaps with considerably less enthusiasm.