Co-founder of CultureHead. I'm not much of a writer but I am a good talker. Spoilers Ahead: Beware. A lot is going on in this week’s episode of Superman & Lois, aptly titled Haywire. Meta-humans, X-kryptonite, a radical anti-Superman mad scientist. To put it bluntly, Clark has a lot on his plate this week. Being Superman ain’t easy; neither is being a good dad or a good husband. Trying to […]Read More On March 22, 1996, Capcom released a game known as Biohazard, marketing it as a “survival horror” game. This game with pre-rendered backgrounds, fixed camera angles, live-action cutscenes, and genre-defining horror-action would be known outside Japan as none other than Resident Evil. Today, it still remains one of the biggest video game franchises of all […]Read More Spoilers Ahead: We don’t live in a society.  If you love Zach Snyder, you’ll love this movie. Out of all the DC films he has helmed, this is one of his best. If you hate the guy’s work, then you’re not going to have a good time, especially with the 4:3 aspect ratio they chose […]Read More Spoilers Ahead; Mmkay. Pacific Rim was one of my favorite new IPs in the last decade. When a sequel was announced, Pacific Rim: Uprising, I was understandably hyped. Unfortunately, it wasn’t the best. It was a pretty big letdown, from the jaeger designs to taking one of the most memorable characters from the first movie […]Read More

Spoilers Ahead; Y’all already know.  WandaVision was a gamble, bringing in two characters who both have extremely complicated histories to the forefront of their own series. Watching them in the Marvel Cinematic Universe, I could see that these two characters were brought in to fill the same shoes they filled in the comics, to be […]Read More Superman & Lois Episode 3: The Perks of Not Being

Spoilers Ahead; Don’t Cry. Episodes one and two of Superman & Lois were great. Episode three delivers all the same. The episode starts off with some lightheartedness, which is a great change of pace from the serious tone in the past episodes. The Kent family is painting the house, they get into a little paint […]Read More Xbox Fans rejoice; you’re about to get some real heavy hitters in your game pass tomorrow on March 12. Xbox recently acquired ZeniMax Media, the parent company of Bethesda Softworks. With this, they now have ownership of some of their most popular series, such as the Fallout and Elder Scrolls series. Xbox is making sure you get […]Read More 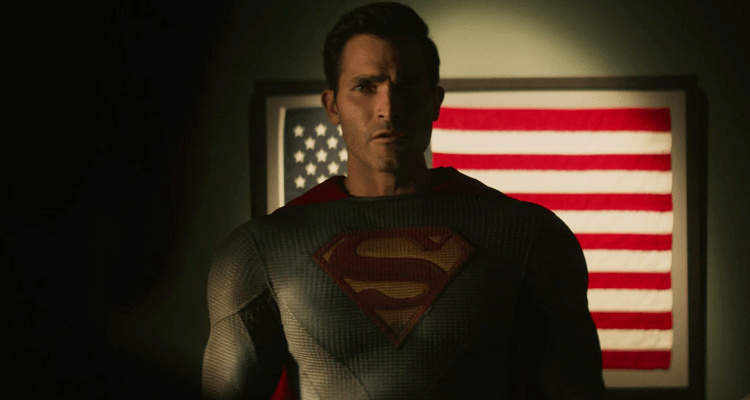 Spoilers Ahead; Stay mad. After an amazing pilot episode, a two-hour how-to on creating an amazing Superman show, I was nervous for episode two of Superman and Lois. Episode Two, Heritage,  continues the solid foundation created by the first. This episode continues to build the framework in the new status quo. The Kent family all […]Read More Animation within a real-life setting is such a tricky tightrope to balance on. Yeah, Space Jam is awesome, and Who Framed Roger Rabbit is another winner, but you got films like Alvin and The Chipmunks: Chipwrecked lurking around the corner waiting to break your kneecaps with a baseball bat. I don’t think Tom & Jerry […]Read More Superman & Lois: A Love Letter to the World’s Greatest

Superman is the greatest superhero in the world, and that makes writing for him very difficult. There is Superman, a ‘God’ amongst men, and there is Clark Kent, the bumbling journalist. This juxtaposition formed by a single character is difficult to decipher as writers often find themselves focusing on one side over the other. The […]Read More